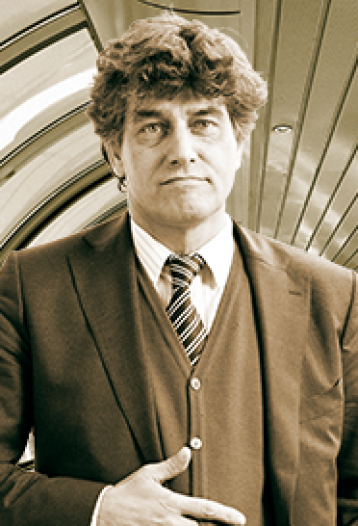 M&D man of the first hour and partner since 1996. Walking intellectual encyclopaedia, not only for clients, but for his fellow office workers as well. Hans loves to cover all areas of law, but his major interest lies with intellectual property law and the laws regarding information and communication. As an extension thereof, he is active in the world of media and advertising. Specialist in European law. Hans writes about various legal subjects.

A fervent lover of music and particularly also a Zappa devotee. Plunks now and then on a ukulele, for example. Prevents rather than litigates. As such, under the motto: “Those who can, do – those who can’t, sue” (B. Shaw).