HomePublicationsPicking up the pieces: claiming compensation in Ukraine

Picking up the pieces: claiming compensation in Ukraine

Since the beginning of Russia's military aggression against Ukraine, the issue of compensation for damage caused by military actions has become topical for businesses.

In this article we will consider two effective mechanisms:

Initiation or accession to open criminal proceedings in Ukraine

The advantage of this mechanism is that it is already available within Ukraine. It should be noted that currently around 1,700 criminal proceedings have been opened due to violations of laws and customs of war (Article 438 of the Criminal Code of Ukraine), which, inter alia, involve destruction of the business entities’ property. The State Security Service of Ukraine (SBU) has already reported 900 people on suspicion. Such criminal proceedings are likely to be held in absentia, and implementation stages are described in Chapter 24-1 of the Criminal Procedure Code.

Separately, it should be noted that the possibility of executing such judgments through forcibly seized assets belonging to Russia's residents on the territory of Ukraine, as well as assets under distraint abroad, is being actively discussed now. The Verkhovna Rada of Ukraine, the country’s parliament, has already taken a step towards it by passing the law entitled "On Basic Principles of Forcible Seizure of Objects of Property Rights of the Russian Federation and its Residents in Ukraine."

In addition, the Verkhovna Rada of Ukraine registered bill No. 7237 "On Compensation for Property Lost, Damaged and Destroyed as a Result of the Russian Armed Aggression and Equitable Distribution of Reparations" at the end of March. The bill stipulates the procedure for provision of primary and full compensation for the lost, damaged or destroyed property of individuals and legal entities as a result of armed aggression, as well as sources from which such compensation will be made. If the bill is passed, all parties concerned, including business owners, will be able to receive monetary compensation or other means of support for the affected legal entities.

The International Criminal Court (ICC) is the international criminal justice body prosecuting and convicting individuals for the gravest crimes: genocide, crimes against humanity, war crimes and acts of aggression. War crimes include destruction or damage of civilian infrastructure and their robbery. It should be noted that the uniqueness of the ICC as an international body lies in the possibility of involving crime victims that may be individuals and legal entities in a trial.

During the investigation by the ICC prosecutor, each victim can contact the prosecutor through the web resource and provide collected evidence of a war crime. In order to participate in the proceedings (in person or through representatives), victims must apply for participation using the standard form. When completing this application, it is important to take into account the recommendations provided by the ICC.

At the end of the trial, if convicted, the ICC Trial Chamber may order the convicted person to pay compensation to the victims of the crime. The court may also decide to pay such compensation through the Trust Fund for Victims (Article 75 of the Statute). These provisions are not declaratory, as evidenced by The Prosecutor v. Germain Katanga case. In this case, the ICC has ordered individual and collective reparations to be paid to the entrepreneurs who suffered damage from the crimes committed, to help each victim in the form of business support.

Following the appeal to the ICC on the situation in Ukraine by 39 ICC member states, ICC Prosecutor Karim Khan has already launched the investigation into crimes committed by the Russian military and political leadership in Ukraine. The prosecutor is currently in the process of collecting sufficient evidence.

In view of the above, we urge business owners who have already suffered losses in Ukraine as a result of Russia's hostile actions to take active steps to participate in the investigation of the case by the ICC prosecutor. We propose the following action plan:

1) detailed recording of the damage and circumstances under which it was caused (requirements and tips for recording are described in the online manual);

2) submission of information to the WarCrimes.gov.ua online resource established by the Prosecutor General's Office along with Ukrainian and international partners;

3) appeal to the ICC prosecutor via web resource;

4) application to participate in court proceedings;

5) participation in the ICC proceedings;

Regardless of the course of events and the protection mechanism chosen, a number of important steps must be taken as soon as possible. They are available now and without them it will be impossible to claim compensation in the future.

We propose a clear and consistent course of action:

1) preservation of documents of the legal entity;

2) recording of circumstances by authorised bodies (the National Police of Ukraine, the State Emergency Service);

3) independent recording of the damage caused (drawing up the inspection report, photo and video shooting, obtaining witness testimony and other evidence);

5) launching and support of criminal proceedings in Ukraine;

6) appeal to the ICC Prosecutor;

7) submitting applications to the WarCrimes.gov.ua and damaged.in.ua online resources. Each of these steps is described in more detail in the online manual.

This mechanism can ensure that a fair and just compensation for the damage caused to business by the aggressor state or its direct agents is collected.

Taras Bezpalyy is an associate partner and head of the criminal law practice at Kyiv-based law firm Legal Alliance. 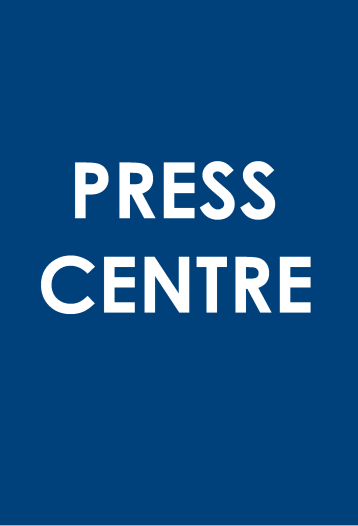